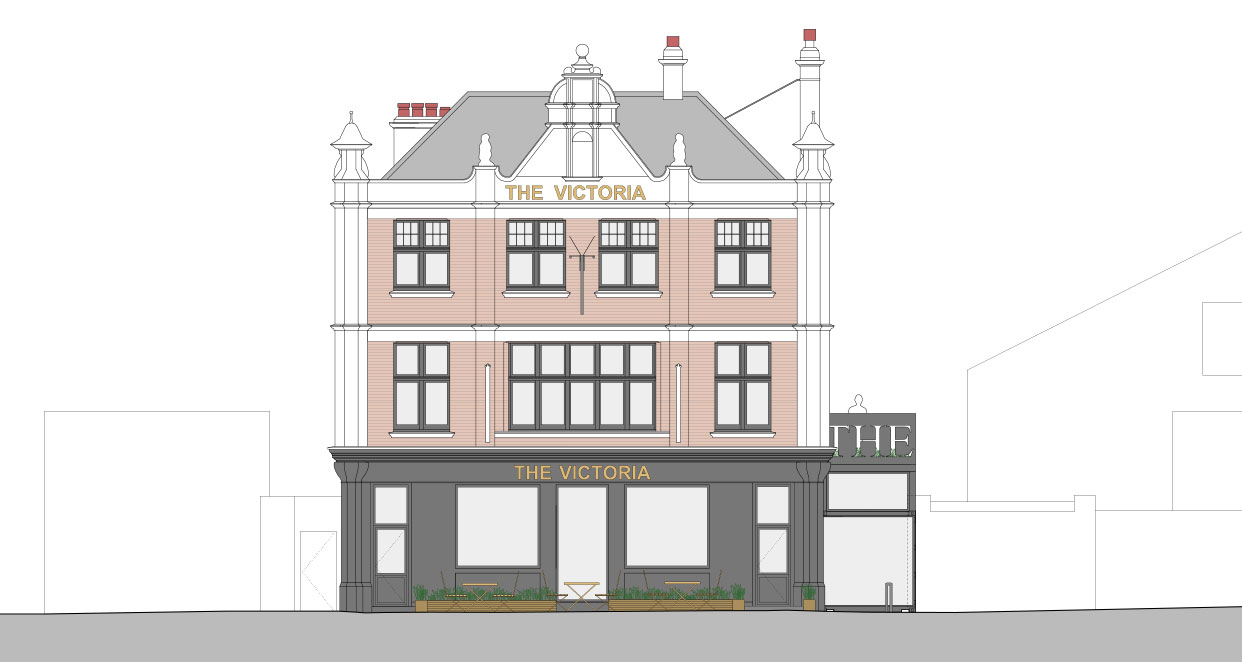 Lend Lease Deptford Ltd (LLD Ltd) appointed Fluid in December 2014 to assist with identifying the 3-year interim use, associated design and management of a community engagement process of The Victoria, Deptford. The Victoria building is on the perimeter of the proposed Wharves, Deptford masterplan site, one of the five strategic sites identified in the London Borough of Lewisham Local Development Framework Core strategy for significant mixed-use redevelopment.

The initial proposals for the wider Site sought to demolish the disused Victoria building. However through consultation with the community, a decision to retain the building was made. The Victoria is the only building to be retained as part of The Wharves Deptford scheme, and will act as a reference to the past and retain character to the Pepys Park street elevation.

In response to the feedback from The Wharves, Deptford consultation process LLD Ltd made the decision to form a co-design group to develop an interim use for The Victoria. The group was established at the end of 2014 to represent a cross-section of local interests and groups that have previously shown a commitment to the process of involvement. The co-design group has brought local knowledge to the design process, working with the owners of the building, LLD Ltd, to ensure that the use and vision reflects the needs and aspirations of the local community, as well as those of LLD Ltd, to build ownership and trust, and offer support for the wider development. Fluid, along with Soundings, has carried out monthly co-design workshops to develop the brief and implementation strategy for the buildings transformation.

The interim uses for The Victoria seek to provide employment and training opportunities for local people. The use of the Victoria as a start-up kitchen, café and flexible co-making / co-working venue during the construction period of The Wharves, Deptford will provide a place for local businesses to grow and collaborate, and potentially establish themselves on the permanent site after the 3 year interim period. The Victoria proposal is driven by flexibility and user controllable space that meets the requirements set out by the community and client for a multi-functional space.

Fluid is currently developing the interim designs for The Victoria for an outline planning submission in October 2015. The planning documents will be available to download on Lewisham Council’s website. 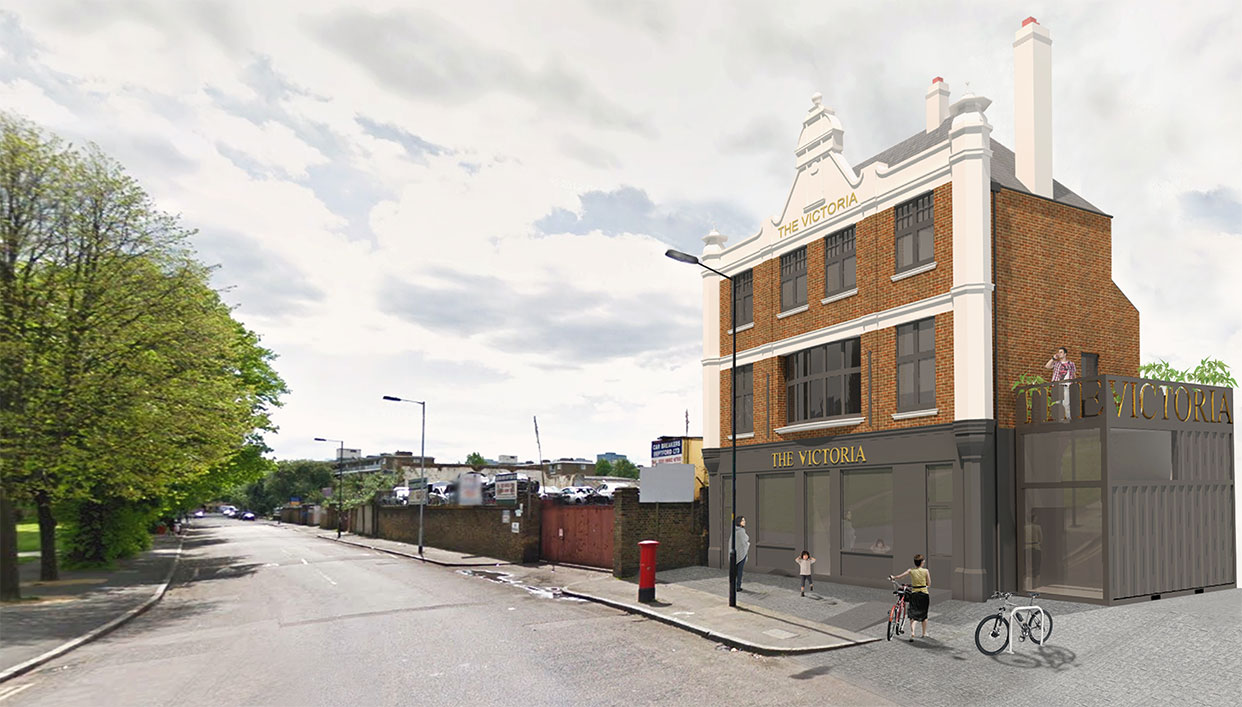 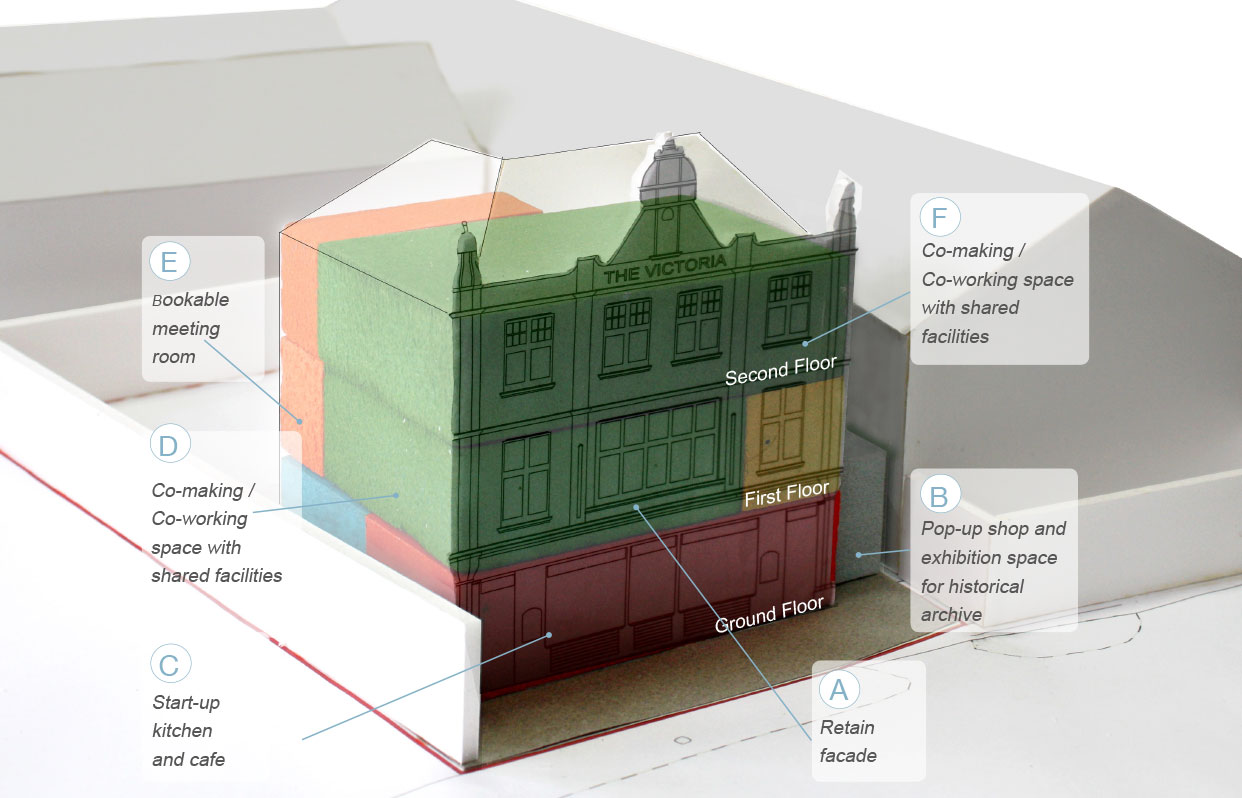 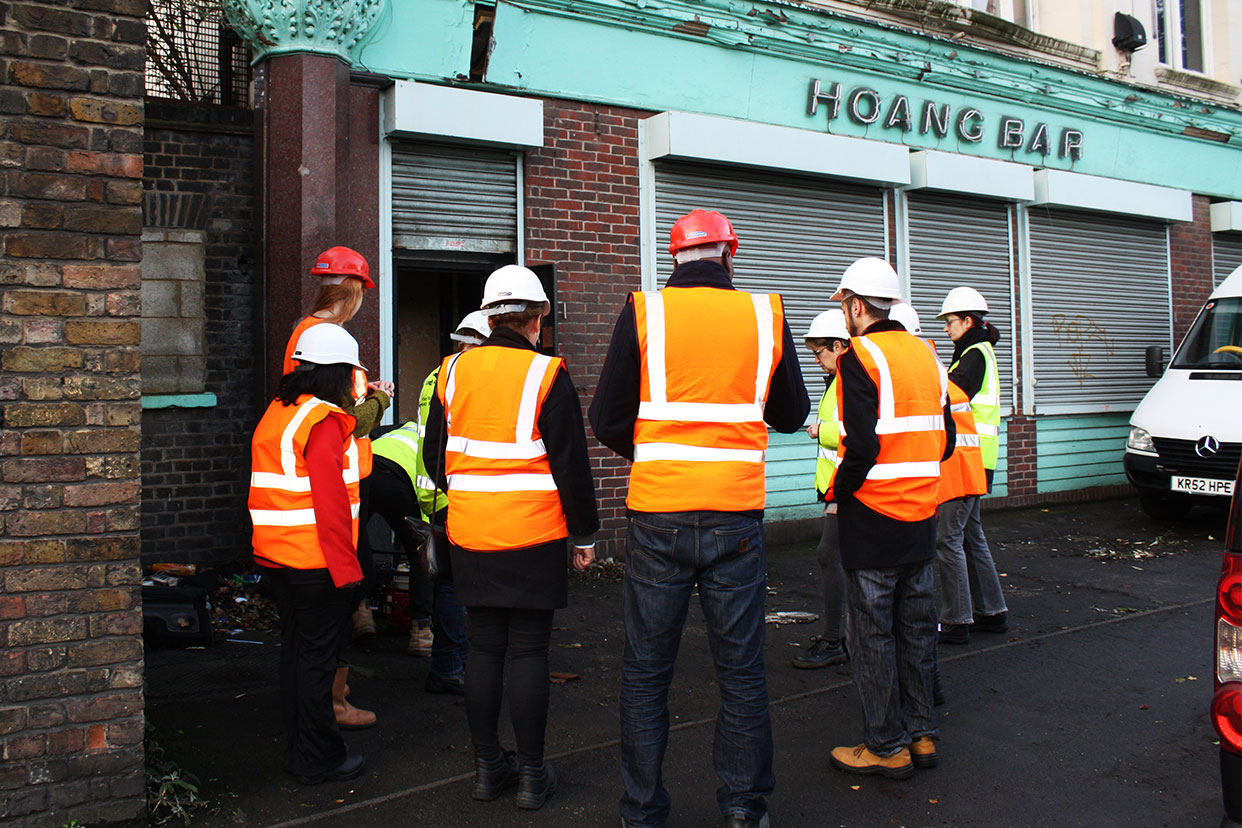