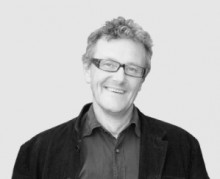 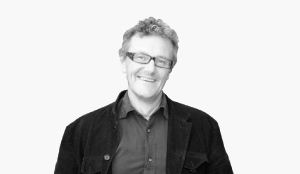 Steve is a founder and director of Fluid and an architect with extensive experience in urban regeneration, masterplanning and participatory design.

Fluid was set up in 1996 to explore new ways of integrating multidisciplinary and participatory approaches to design at different scales from one-off buildings to very large sites focusing on urban regeneration projects. Fluid’s experience in the field of participatory urban design have been recognised by awards from GLA, CABE, RTPI and the former ODPM.

Steve was appointed by the London Development Agency in August, 2003 to direct all aspects of pre-submission stakeholder consultation and responsive masterplanning for the Olympic and Legacy masterplans and performed a similar role for Argent at Kings Cross Central.

Steve’s current projects include co-design input for the Brent Cross South project for Argent Related, the Kensington Forum development for Queensway Investments and Rockwell Residential and he is also leading the masterplanning work for the new Wood Green town centre.

He recently led the consultation and engagement work for Bromley Council on Crystal Palace Park and, for LLDC, the Cultural and Education District (previously ‘Olympicopolis’) projects across three large sites in the Queen Elizabeth Olympic Park. Prior to this he was project director for ‘High Street 2012’, a major visioning framework, public realm strategy and development plan for London’s East End focused along a 6km tract of the A11, encompassing eight major ‘destination’ sites.

He has also co-directed numerous town centre masterplans, a range of Housing Market Renewal projects and many spatial framework plans and action plans for NDC pathfinder projects. Prior to this he led a number of projects for Sheffield City Council for whom Fluid are a preferred urban designer. Work in Sheffield has included a Neighbourhood Development Framework in Brightside Shire Green, housing design in Penrith East, and a number of masterplans for private sector housing developers.

Steve is a consultant to the Council of Europe and an academician at the Academy of Urbanism and a member of the RIBA’s ‘Building Futures’ steering group. He has written and lectured extensively on Fluid’s work and urban regeneration, participatory design and architecture and his work has been exhibited internationally.

Prior to setting up Fluid, Steve was a senior lecturer in architecture and urbanism and has taught at the Architectural Association and London Metropolitan University where he was instrumental in founding the Cities Institute (a centre of excellence for research into urban issues and phenomena) and the multi-disciplinary MA on ‘City Cultures and Urban Design’.