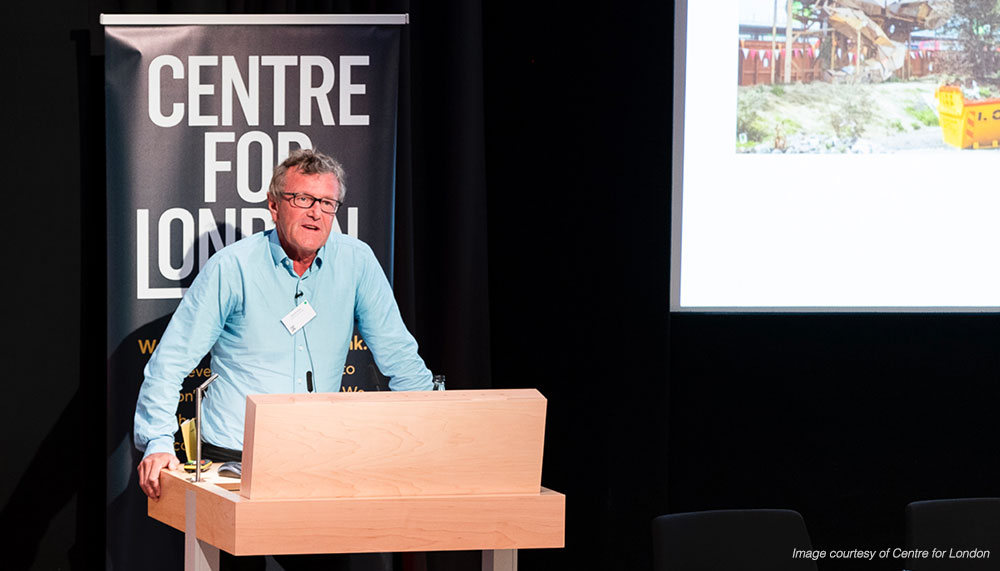 Steve spent the morning yesterday at the Centre for London seminar of ‘Developing trust: public participation in London’s planning system’ where he provided a short presentation on measures needed to supplement and reset standard ‘consultation’ processes. He argued that ‘consultation’ like ‘regeneration’ and ‘affordable’ had lost their meaning and were becoming ever more closely associated with gentrification and neo-liberalist doctrines. He also suggested that ‘consultation’ is not a process that is necessarily well received ‘on the ground’ where expectations were increasingly that the exercise would seek to win approval for pre-defined ideas, rather than to understand complex urban conditions and social issues. In this case, he said, why should we be surprised when we hear of ‘consultation fatigue’. If it is just a paper thin PR exercise – why bother with it.

To restore faith he said we have to go wider and deeper and build multiple channels of value-added engagement in partnership with local people; to capture, analyse and illustrate findings at all stages to seek public verification and endorsement, to utilise clear and engaging forms of communication that does not fudge the facts, to build digital exchanges and infographics as integral elements of engagement while being clear that digital engagement alone is unequal to the task of building real relationships or understanding complex urban issues, though well equipped to collect and disseminate information. In connection with this approach he referred to current work at the Royal Docks (Joining the Docks) where Fluid are working with CAS on the cultural place making strategy while supporting outreach and consultation for 5th Studio’s Public Realm work and the economic piece by Hatch Regeneris. He also noted Fluid’s appointment by the GLA and LB Newham to spearhead the public consultation and engagement on the wider Canning Town, Royal Docks and Beckton Opportunity Area Planning Framework, which would give access to detailed datasets and, across all strands allow a ‘360º technicolour’ understanding of places and people to be achieved. He showed a number of ways in which neighbourhoods and communities could be engaged while ‘immersing design teams in local conditions and breaking down complex design issues into bight sized chunks that non-designers could fully understand and contribute to’. He showcased a number of Fluid and Soundings projects, publications, infographics, interactive websites and meanwhile projects by way of example.

The information collected through engagement and consultation, he said, belongs as much to the community as to developers, local authorities and consultants and for this reason recommended that interactive maps, urban apps and platforms like Google Docs are used as these allow the information to continue to grow through direct input from communities.

It is notable, Steve said, that communities are wanting to discuss community benefits from ‘the off’ and that the better projects were doing this through training, skilling and apprenticeship packages, and that the next chapter, support for social projects, was likely to be pursued soon. He ended up by pointing out the opportunities offered by meanwhile projects, which can now mean 10-15 years, and the potential of strategic means of seeding and testing projects with community input while offering training, skilling and local jobs.

To see the notes for the talk click here